Much celebration as Peter found out, from a couple of forums (fora?) how to remove the redirect thngy (apparently greyware not malware but who cares?) My computer problems generally cause a lot of discord because Peter thinks I should deal with them as it's my pc and blog and I shouldn't be going on FB or Blogger anyway. That's like telling somebody they could avoid car accidents by never driving on the roads. Meawhile I think that seeing as he was an IT systems analyst sorting out problems in surgeries and health centres for years, he should sort any IT problems here. Still it's done now.
If anyone has the same thing happen you need to; go to Layout, go to Footer edit and remove/delete the gadgets unless you know what they are and need them. Job done. 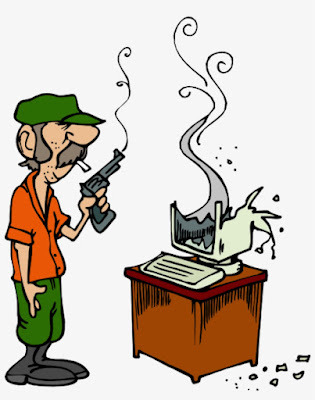 The day began with scattered showers in the morning and brightened up in the afternoon. 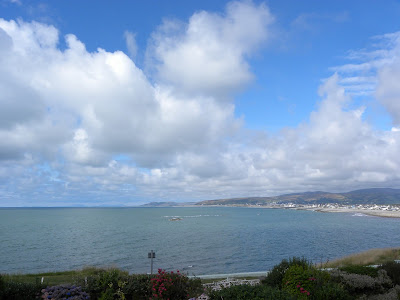 My main job of the day was to dig a second post hole in the back garden. It wasn't too hard to dig through the soil and clay using a weeding tool like a large screwdriver and a plastic cup to scoop the soil out. I managed to get 21" down which should be deep enough. The bright object bottom left is my foot to give an idea of size. 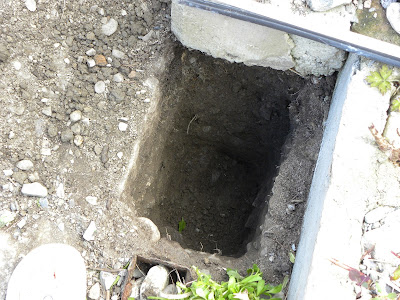 While I still had energy I dug out the weed roots from the rough patch I cleared on Thursday. Mostly creeping buttercup roots and some mind-your-own-business. It won't be so easy digging out the very old ivy roots that are right up against the wall. 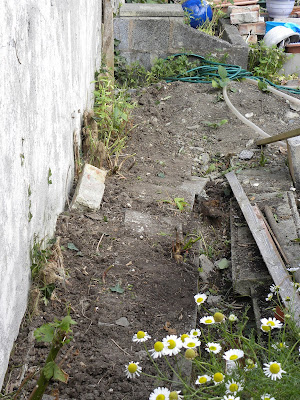 My last job was to find some brambles still growing in the front garden, cut them and lay them over the dry compost in the raised beds to deter the cats. Natural barbed wire. 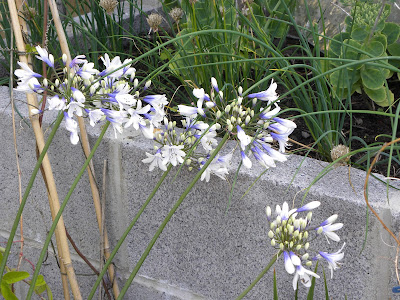 I finished off my day by sitting out on the terrace, alone at first and then joined by Peter. As usual more chatting than reading though we do take out Kindles out with us. 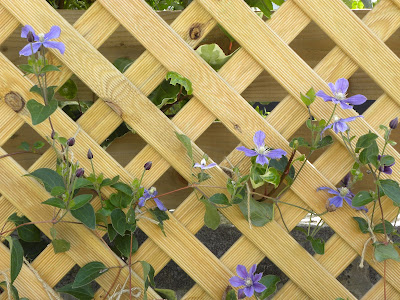 Here I am commenting on the first try! :)
That is quite a hole your dug! 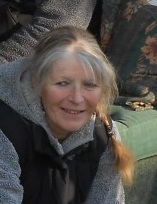